Futons are a perfect way to save room and have a sleeping space in your home. They are normally used for guest beds as when guests aren’t around they can be easily utilized as a couch. But what is a futon?

Contents show
1 Can Futons Be Comfortable?
2 Is there A Comfortable Futon For Sleeping?
2.1 Nirvana Futons
2.2 DHP futon
2.3 Novogratz Memory Foam Futon
3 Can A Futon Be Used As A Permanent Bed?

It’s basically a mattress that forms a part of a piece of couch-like furniture, the futon can be folded into the couch and the couch can act as any old couch, but when the futon is folded out it turns into a sleeping space. 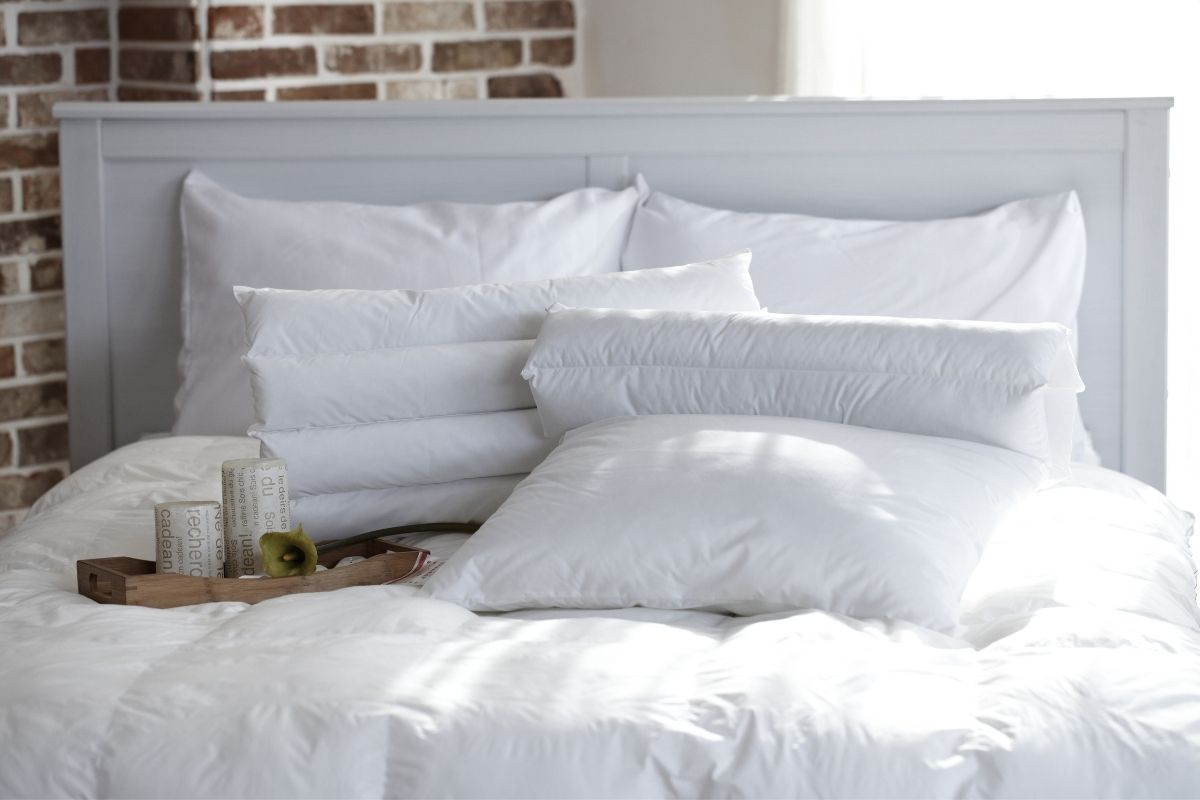 Much like a mattress, the futon can come in any different thickness to find the most comfortable option for you, futons also come in all the standard mattress sizes.

There aren't many differences between a futon and a bed when the futon is in a sleeping position, both act as a reasonably sized sleeping space that fulfills its purpose of giving you a good night’s rest.

The main difference is of course the fact that with a futon you can fold it into a couch-like piece of furniture when you are not using it as a bed. Futons can be perfect for people living in a small space and can’t fit both a sofa and a bed in that space.

Other than the logistical differences, it is known that futons will need a firmer mattress than most beds as the futon will need to be used as a couch as well as a bed. If you have a soft squishy mattress on a futon, sitting on it regularly as a couch can be quite uncomfortable.

Therefore, many people find that a futon is less comfortable than a bed to sleep on.

If you like your mattresses firm on your bed then there isn’t much of a difference between a futon and a bed, in fact, the word ‘futon’ is actually the Japanese word for a traditional bed.

Can Futons Be Comfortable?

A lot of cheaper futons use a mesh or a metal bar frame for the sleeping position which can be very uncomfortable due to the firmness of the support. These types of frames don’t last very long either.

A more expensive futon will be made from better materials and have better support for sleeping. Futons made with steel frames that have Flexi Slats will be able to evenly distribute weight and give you a more comfortable night’s sleep, as well as last longer.

If you have a soft and squishy mattress on a futon it will be difficult to sit on comfortably and can be a nuisance to get in and out of for small children or the elderly.

Some people find a firmer mattress uncomfortable, if you are one of these people then a futon will not be comfortable for you and we suggest you look into getting a sofa bed instead, that can house a softer mattress.

Is there A Comfortable Futon For Sleeping?

There are plenty of high-quality futons out there that are perfect for sleeping on, however, they do come at a price, you will need to be spending at least around $300 and could be spending up to $1000 for the best quality futons.

For instance, at the top end of that scale, you’ll have futons such as the Nirvana Futons hardwood frame futon that will set you back $933.

There is a reason for the high price tag however, the hardwood frame is a sturdy and long-lasting one that supports the mattress fully, and the mattress that comes with it is on the less firm side but still firm enough to be comfortable to sit on. 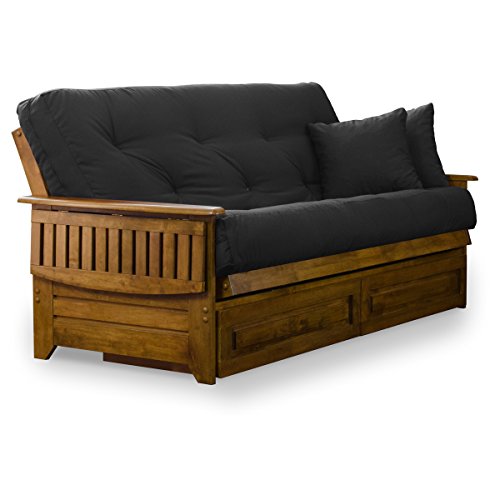 You don’t have to break the bank to get a comfortable futon for sleeping, there are some options like the DHP futon that has the same pocket and spring coil structure as most mattresses, this means it distributes weight evenly across the futon and doesn’t feel like you’re sleeping on anything other than a bed. You can get this futon for $329.99 and although it isn’t much to look at, it will give you a comfortable sleeping experience. 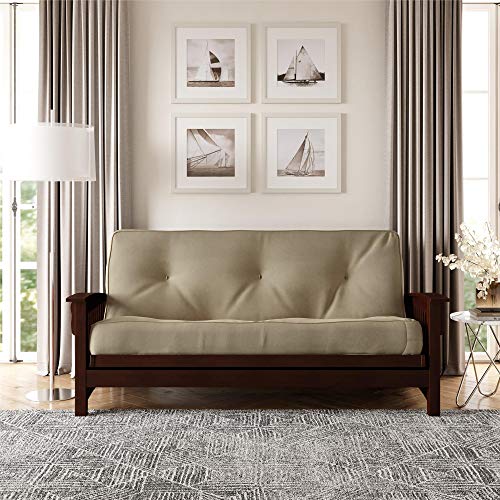 The big factor with finding a comfortable futon is whether you enjoy sleeping on firm surfaces, if you prefer a softer surface there aren’t many futons out there for you. However, it is possible to get a futon with a memory foam mattress such as the Novogratz memory foam futon that is a little softer than other futons and can shape itself to however you sleep. Memory foam futons are still quite firm, however, just less firm than a normal futon mattress. 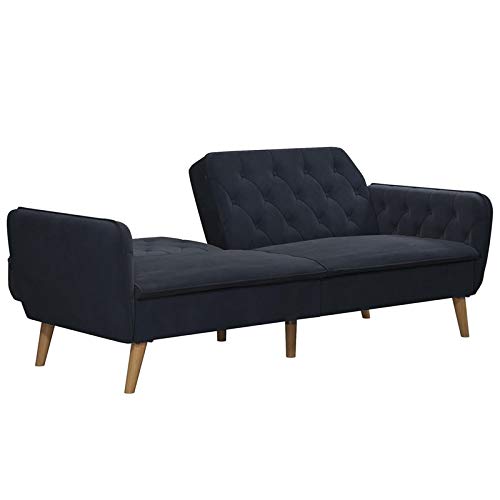 Can A Futon Be Used As A Permanent Bed?

If you have a small apartment or room and you can’t afford the space of a bed and a sofa then a futon can be a brilliant option for a permanent bed.

If you are thinking of buying a futon to use permanently as a bed then you will have to get a more expensive futon as you will be using the futon for long periods of time regularly in the day and the night.

Because of the amount of wear and tear a futon that is being used permanently takes, being used as a couch in the day and a bed in the night, you shouldn’t be spending less than $500.

If you need to purchase a futon because your space is too small and you find firmer beds uncomfortable, we recommend buying a soft mattress topper that is sure to help you with your comfort issues.