Contents show
1 Why Do They Call It A Loveseat?
2 What Is A Loveseat VS A Sofa?
3 Summary 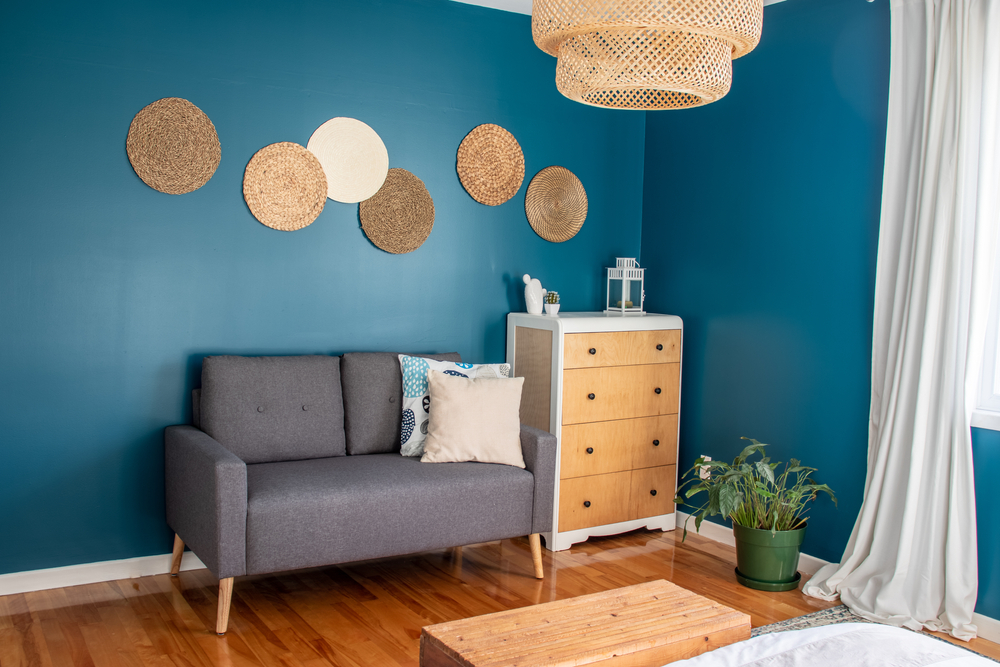 Now it is a little more clear why a loveseat is called a loveseat, than it is why a lazy Susan is known by its name, but this is still a questionable term.

For something that is as common in the household as a loveseat, you might have expected it to be given a more appropriate name. So do we call loveseats, loveseats?

In this quick and handy guide, we’ll be answering this question, and also looking at what makes the loveseat so unique when compared to other styles of settee. So to find out more, keep on reading.

Why Do They Call It A Loveseat?

Many lounges will only have space for one large sofa, but this can often leave the room feeling a little empty. This is why the creation of the loveseat was so important.

Loveseats are by no means a new invention, but they have had a resurgence in popularity in the past couple of years.

This style of couch was first invented in the 17th century, and was actually designed as a seat where women wearing big dresses and petticoats (as was the attire back then) could sit comfortably.

Of course, since the 17th century, clothing has changed dramatically and during this time the purpose of the loveseat has evolved too. As women's dresses became smaller, there was suddenly extra space available on these seats, and so they could sit an extra person.

But because of the small size of these settees, they could only sit two people if the two people were sitting incredibly close together.

In most cases, the only person that you would be comfortable sitting this close to would be your partner, and so loveseats became something that were now designed for couples.

Back in the 18th and 19th century, when these seats were first used for couples, it was with the purpose of allowing closeness without compromising dignity. But since then, the purpose of loveseats has evolved further.

Despite the fact that they gained their name because of their connection with couples, love and romance, ironically loveseats are now popular for their functionality.

Loveseats still make the perfect style of seat for couples. But they are now commonly bought to fill spaces in your home. If your lounge isn’t big enough for a 3 seater and a 2 seater, then you might instead compromise with a 3 seater and a loveseat.

In fact, sofa companies have noticed the convenience of loveseats and have capitalized on this, often selling loveseats as part of their 3 piece suites.

But, the loveseat is known as the loveseat because in the past couple of centuries its purpose has evolved, and it has become clear that the only way this chair will sit 2 people is if the 2 people are a couple.

The romance connection of the loveseat still exists, as many couples now have loveseats in their bedroom as an extra seating option. But ultimately, they are now better known for their convenience.

What Is A Loveseat VS A Sofa?

If you have never encountered a loveseat before, then you might be wondering what one is. As we have said, a loveseat is a small sofa that was traditionally created to allow women wearing large dresses in the 17th century to sit comfortably.

But fashion has evolved a lot since then, and now the loveseat has pretty much just become an alternative to a sofa. So what is the difference between the two?

Well, the major difference between a loveseat and a sofa is the size. No matter what number of seats your sofa is designed to have, they are generally a lot bigger, and can seat more people.

Most people will have a 3 seater sofa, and then will either pair this with a 4 seater or a 2 seater, depending on the size of their lounge. The number of seats that a sofa has is based on adults sitting on it. So, a 2 seater can usually comfortably sit 2 adults and a child, and so on.

Loveseats, on the other hand, are designed to be small. Traditionally they were designed to sit a single person, and this is evident because they now only comfortably sit 2 people if your bodies are pressed up against each other.

This is why they were given their name, and why they are so heavily associated with couples. While a loveseat can sit 2 people, they are usually listed as a 1.5 seater, and are midway between an armchair and a 2 seater sofa.

But size isn’t the only real difference between these 2 types of settee. The situation in which you would use them also differs. While couples like being close to one another, loveseats do not offer the ability to lounge about and relax.

This is why most couples still opt for 2 or 3 seater sofas for their home. They might have a loveseat too, but most of the time a single person will occupy this sofa. The only time 2 people may share it is if you have a group of people around, and you are limited on seating space.

So, loveseats and sofas are both great options for the home, but their purposes and size differ massively from one another.

In short, a loveseat is known as a loveseat because the only way that it will comfortably sit two people is if those two people were a couple, and they don’t mind being incredibly close to one another.

But most of the time, people now use loveseats as a one-seater sofa in their home, or simply purchase one as it is part of a 3 piece suite. Rather than choosing to buy a loveseat exclusively.