Because of how much it is likely to be used, you may now be questioning how often you should replace your couch. 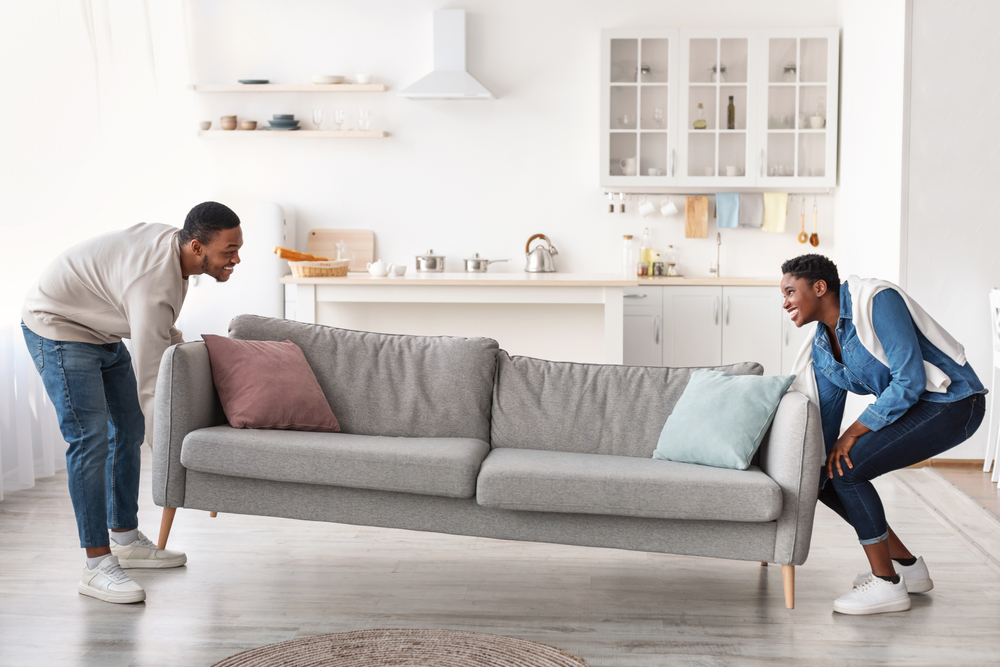 The longevity of your couch will not only depend on its build quality but also how well it is maintained. On average, a sofa is expected to remain in prime condition for approximately 7 years.

Once your coach surpasses this amount of time, it isn’t necessarily going to begin breaking down right away but you should expect to see a noticeable difference in its quality. In total, you should expect your couch to serve you around 15 years of use.

Because of this, it isn’t a home furnishing that you will need to replace often but one that you should consider replacing when it starts to sag and lose what was once a comfortable texture.

Understanding the lifespan of your couch will provide you with an idea as to when you should expect to replace it, however, the lifespan will not be the only determining factor that will decide whether a replacement is needed.

A couch that is made from fabric upholstery is likely to show more signs of wear and tear. For example, there may be patches where the texture is a little rough and not as smooth as it once was. There may also be areas where the stitching has started to fray.

Another reason why your couch may require replacing is because of discoloration and this is a common issue with leather couches in particular. This fading can be caused when the same section of the sofa is constantly occupied as it is essentially another indicator of wear and tear.

Depending on the positioning of the couch, it can also be caused by contact with the sunlight. For example, if your couch is situated near the window, during the warmer weather, the beams of the sun through the window are likely to result in fading.

Some couches will also begin to make a noise when they need replacement. Often a sofa will start to creak and this is a sign that the components and the couches structure are beginning to break.

This isn’t to say that your couch is going to break imminently but you should consider investing in a new one before it gets worse. Of course, you don’t want to be hosting guests at your home only for them to be poked and prodded by springs as they sit down on the couch.

For the duration of time that it is in your possession, it is likely that your couch will be subject to regular use and because of this, you should expect it to gather odors. From pets to accidental spills, to feet resting on the couch cushions over time these odors will build up.

Though it is possible to get rid of them by cleaning your couch, eventually you will likely need to invest in a replacement.

If you don’t want to completely replace your couch, you may choose to reupholster it instead. This refers to the process of removing the existing fabric and replenishing it with new fabric.

This is a particularly favorable choice amongst those who are eco-conscious and want to reuse their furniture rather than replace it.

As you can see, a couch will last for a lengthy period of time before it needs to be replaced. If it is cared for and maintained correctly, it is more than likely to surpass the 7 year lifespan.

Remember that other factors will influence whether or not the couch needs to be replaced as it will not solely be determined by how old it is.

How often should you replace sofa cushions?

In general, sofa cushions are expected to last for between 3 to 6 years before they need to be replaced. It is in the early stages of owning the sofa that you will notice that it offers the most comfort.

However, this standard of comfort will deteriorate over time. Similar to the couch itself the longevity of these cushions will depend on their quality and how well maintained they are.

As sofa cushions are the section of the sofa that we sit on, they are exposed to a greater amount of dust, dirt, stains, and odors.

You can delay the regularity in which your sofa cushions need to be replaced by flipping them. In doing so, you are essentially sharing the exposure to the previously mentioned issues between both sides so that the wear and tear are evenly distributed.

It also means that there is less chance of the sections that are sat on regularly beginning to lose their texture.

Flipping the cushions isn’t an overly challenging task and simply requires you to turn the cushions over every now and then so that the opposite side is facing upwards.

Once your sofa cushions have exceeded the 3 year mark, it is likely that you will not only notice visible deteriorations to their quality but also to the comfort and support that they provide as you sit on them too.

You will also need to replace the scatter cushions that are used to decorate your sofa. Whilst some will last for around 3 years, others will last for as little as 6 months.

To preserve the quality of your cushions and enhance the length of time that they serve you, you should wash them regularly. Doing so will get rid of any odors and dust or dirt that has accumulated. Also plumping them will ensure that they retain their shape.