The main thing about writing is… writing. Sitting your butt down in the chair and doing the work - Ben Fountain

If you’re thinking about your future and have decided that maybe it’s time to write that book you’ve always dreamt about, or that it's time to start your own business and work from home, then there’s no better place to do it than in the comfort of, and while seated in, a swivel chair.

They’re the weapon of choice for astute workers and those who enjoy a little easy relaxation while still being able to keep their eye on everything that’s going on around them. 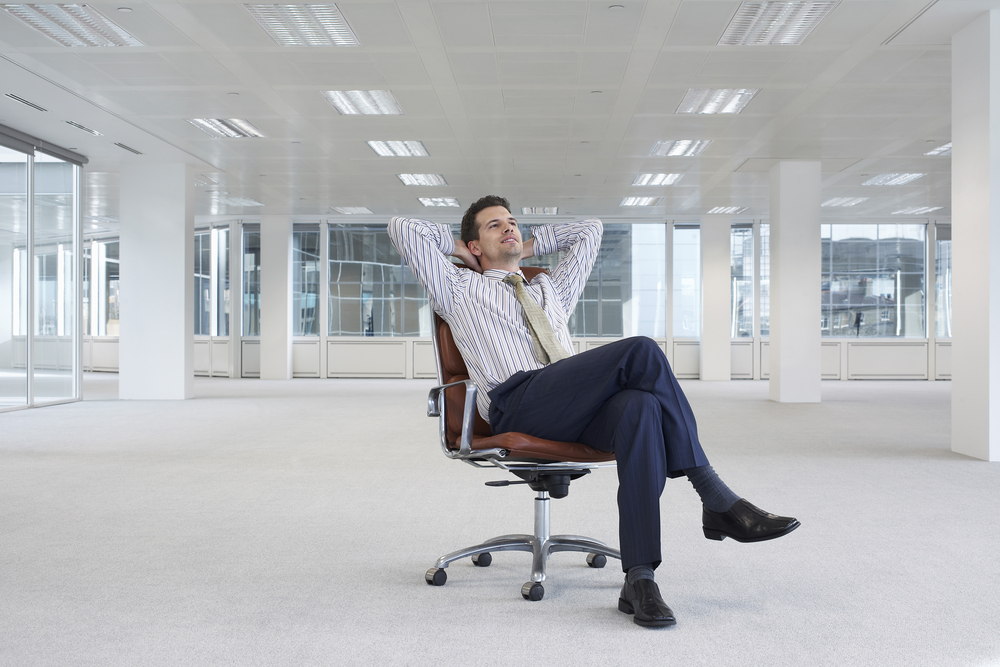 History was made in a swivel chair, as the man who invented it by heavily modifying a Windsor chair in order to ensure that his boundless imagination wouldn’t be limited by his choice of seat, Thomas Jefferson supposedly drafted The Declaration Of Independence while sitting in the chair that he created in 1776.

That same chair now sits in the American Philosophical Society in Philadelphia and has been part and parcel of their furniture since 1836. Could you think of a better reason to get a swivel chair than following in the footsteps of one of the founding fathers?

Even if the idea of working from home, drafting the next great American masterpiece, or finding the same inspiration that Jefferson did doesn’t appeal to you, there are numerous other reasons to get and enjoy a swivel chair.

Stylistically, swivel chairs are only limited by your imagination, and there’s a chair capable of rotating through three hundred and sixty degrees, with your name on it out there.

They’re not just the playthings of desk-bound workaholics, and swivel chairs add a degree of sophistication and modernism to any home, as they symbolize the freedom that their movement grants whoever is sitting in them while embracing a futurist's perspective that believes the world should be seen from multiple points of view, and that staying rooted in one position, gazing at the same view, day in and day out leads to stagnation.

And did we mention that Thomas Jefferson invented, and favored the swivel chair? That’s right we did, but we figured that it was so important, that maybe we should mention it again.

As they’re designed to be incredibly functional and are made in every conceivable size, swivel chairs are wonderfully comfortable.

Whether you’re looking to curl up in one and gently spin yourself into a deep state of relaxation, put your feet up in and lose yourself in a good book in one, or simply planning to watch television and keep an eye on the kitchen from the content of your living room, there’s a swivel chair that’s designed to cushion you in an endless tsunami of luxury.

Are swivel chairs comfortable? If they weren’t, would Thomas Jefferson have chosen to spend his days sitting in one?

Then there’s the adaptability that walks hand in hand within a swivel chair, as they’re not built to just let you while your afternoons and evenings away in your living room, bedroom, or dining room, they’re also easy to move around in, and are just as comfortable whether you’re sat at a desk while guiding your business to success or destroying an alien armada while locked in combat in the latest video game.

Comfort and functionality are the two key ingredients of any swivel chair, and as soon as you sit in one, you’ll never want to sit in any other kind of chair again.

But then, we would say that as we’ve been committed to the swivel chair cause since we discovered that the Declaration of Independence was written by Thomas Jefferson while he was sitting in the very first swivel chair.

How Do Swivel Chairs Work?

Swivel chairs work on and take advantage of, a deceptively simple idea. Instead of using four independent legs, one in each corner, they’re mounted on a single, circular leg in the middle of the chair.

Most swivel chairs are made to conform to one of two models. The first is the office chair, which is fitted with the wheels on the bottom half of the central leg assembly which allows the person sitting in it to move as well as swivel or spin.

Office chairs are usually height adjustable as well, and work by pulling up or down on a leg-mounted handle that raises or lowers the chair by activating a gas canister-powered piston that rests within the central leg.

The other version of the swiveling and spinning home and office furniture must have is the draughtsman chair, which is a swivel chair whose central leg doesn’t move, so the chair remains in one position while allowing the person sat in it to swivel or spin through three hundred and sixty degrees.

Often regarded as being more comfortable, less of a distraction, and easier to work from than the standard office swivel chair, the draughtsman model might not be quite as much fun as a standard swivel chair, but they’re far more focused and elegant.

An increasingly popular part of home furniture, following their initial rise to fame in the early sixties, the swivel chairs that can now be found in living rooms across America, are based on the design of, and idea behind a draughtsman chair.

They provide all the comfort you’ll need when you finally make it home from work with the adaptability and functionality of a traditional swivel chair. They are quite simply, the best of both the spinning and conventional chair worlds.

How Much Space Do You Need Between Swivel Chairs?

This is one of those contentious questions that pit designers against designers in an often ugly and pointless war of words and decorative attrition, as there is no definitive answer.

The usual rule for placing chairs, which states that they should be around forty inches away from each other, applies to the more common four-legged variety and doesn’t take into account the fact that swivel chairs were made to rotate through three hundred and sixty degrees and spin.

It’s the extra bit of functionality that makes all the differences, and while the base of a swivel chair is often much narrower than that of a standard chair if you’re going to position a couple of swivel chairs next to each other, you’ll need to take the spin factor into account.

Is A Swivel Chair Good?

This depends entirely on who you ask, as some people swear by them and others dislike them with a passion.  They’re versatile and adaptable and there’s no denying that they’ll give you a unique perspective on the world, But they do have a few inescapable problems of their own.

The design of swivel chairs makes them susceptible to metal-on-metal fatigue, with the central leg often failing and breaking which makes them far less reliable than standard chairs.

And unfortunately, office swivel chairs thanks to their design and their lack of consistent lumbar support, have been medically linked with spinal issues, and workers who have to use them for too long can end up suffering from chronic back pain.

For all the freedom that they give workers, they’re hampered by the one thing that makes them so different, their design.

What Do You Put Between Swivel Chairs?

If you’re going to use swivel chairs in the same way that you’d use standard chairs in a living room, there are any number of things that you can place between them when remodeling and decorating your home.

You could place the swivel chairs on either side of a bookcase, or you could put a coffee table or large ottoman between them or simply separate them by using a stylish, full-size lamp.

The possibilities are endless and are limited only by your imagination, and the only way to fully explore what you can and can’t do with a pair of swivel chairs is to stop thinking of them as swivel chairs.

Think of your swivel chairs in the same way that you’d think about standard chairs and the way you’d decorate around, and between them and you’ll soon see the endless possibilities and ways that you can include, and incorporate two or more swivel chairs into your home.

What Is The Point Of A Swivel Chair?

What is the point of a swivel chair? That should be fairly obvious given the name of the piece of furniture that we’ve been talking about.

The point of a swivel chair is that it allows you to spin through three hundred and sixty degrees while you're sitting in it and that you can, if you’re using an office style swivel chair, also move around whatever room, or wherever you are without leaving the comfort of your chair.

They also take up far less room than their conventional counterparts, as their single-leg design usually makes them smaller than standard chairs which means that they’re able to fit into the places that other chairs can’t, which allows interior designers and decorators to maximize the amount of space that they have to work with, and in.

And, as swivel chairs can fit into all of the spaces that other chairs can’t, you can use them to turn any room into a usable and functional dream space.