The simplest answer to this question is that a power recliner is motorized and a normal recliner is not. Power recliners allow you the absolute ease of simply pushing a button and reclining. These types of recliners generally need to be plugged into an outlet.

Manual recliners, on the other hand, use mechanisms that require your body weight to push back and recline. In these instances you will usually have to use your hands on the armrests as leverage to push backward. 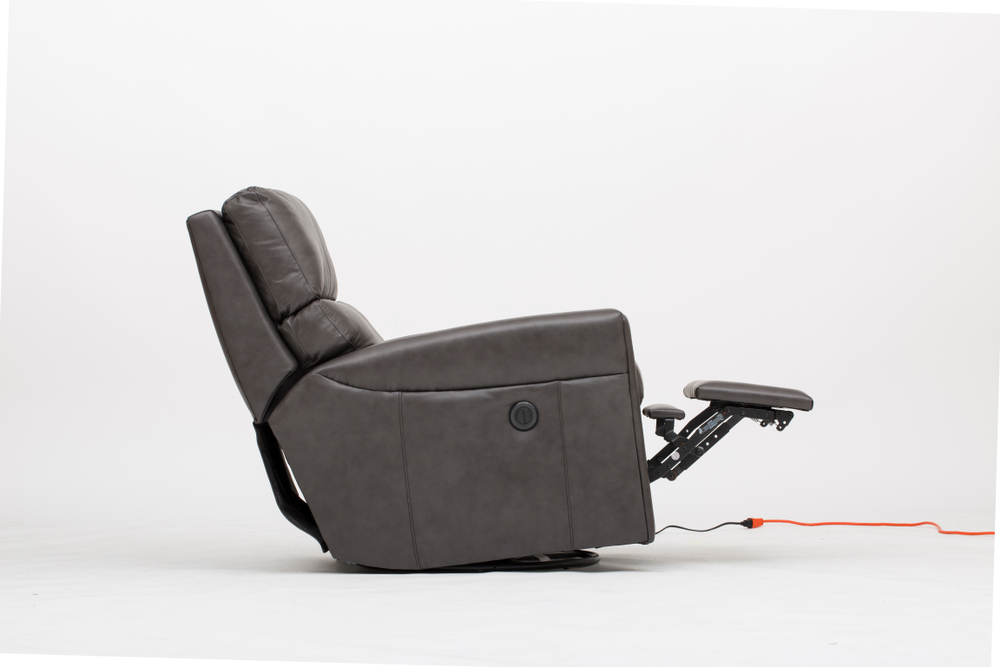 Both types of recliners are often priced at similar price points, so as far as cost goes there is no massive difference, unless of course you are looking at the most expensive to absolute cheapest options.

Power recliners offer the ease of use, they are more suited to people who want to come home from a long day at the office and just relax straight away with the simplest push of a button. They do however, need to be plugged into an outlet, so they do have a downside.

On the other hand, manual recliners are more carefree than power recliners, able to be placed pretty much anywhere in your home. They are also less bulky and many of their styles may not even look like a cliché recliner.

However, for this type of recliner you usually need to use some body weight to push them back and work the mechanism. So, if you struggle with strength, a power recliner may be better.

Can power recliners be operated manually?

A power recliner is any chair, which can be a loveseat, a sofa, or a sectional, that has built-in electrical components that can move you into a reclined position with the simple touch of a button.

This means that you cannot operate a power recliner manually, if you tried to forcefully do, so you could end up damaging the mechanism and then the power recliner would possibly break. If you do not wish to have a recliner that relies on power, then it is best to just get a manual recliner.

Power recliners add that extra bit of laziness for the person who really wants to relax without any effort needed, a manual recliner tends to require a bit of a push to achieve the reclined position.

Is a power recliner better than manual?

Whether one is better than the other is totally subjective to the individual. Some people may prefer the ease of a power recliner, the simple button push makes it super easy to just sit back and relax.

If you prefer something that does not need to be near to an electrical socket however, a manual recliner is the best option for you.

Cost can play a part in what item a person will buy. Although the price point for both of these reclining chair types is fairly similar, there can be differences, mainly due to the cost of the electrical components.

Power recliners do have the upside of often having different settings and positions. Manual recliners tend to only have the one reclined position and one seated position.

But, even though this makes power recliners the better option, you should also consider that they need to be near an outlet or power source. This factor can limit where you put your chair.

Overall, there is no straightforward answer, it depends entirely on your preferences and if your home will be more accommodating to a power recliner or a manual one.

It also depends on how much you want to get out of the recliner and if you would rather have the added laziness of power, or the simplicity of a manual set up.

Why have a power recliner?

This means you have a nearly infinite amount of options to position yourself in, which can add that extra comfort. This does mean that these chairs will need to be connected to a power source though.

Some power recliners are also good for those who have had a hard day at the office and simply want to really relax.

We say this because a great deal of power recliners can actually have heat and massage options, not only are you kicking back in whatever position you want, but you can also relieve that extra tension, and any muscle knots that have built up as a result of a stressful day at work.

Power recliners are perfect for the extra relaxation that you seek, they can position you in any way, and there is no need to put pressure on the chair to get it into position, you just press a button and relax.

With the added option of massage and heat, it is pretty hard to turn down a product like this. Despite the need for a power supply, we can’t help but love power recliners.